The Killer's Shadow - The Latest Book is Now Available! Click to Purchase
From the monthly archives: "September 2014"

END_OF_DOCUMENT_TOKEN_TO_BE_REPLACED

The Thing Speaks For Itself

By John Douglas and Mark Olshaker On September 9, 2014 · 4 Comments 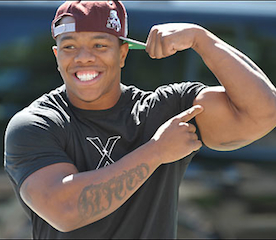 RENAULT: I am shocked, shocked to find that gambling is going on in here!

The croupier comes out of the gambling room and up to Renault.

CROUPIER – handing Renault a roll of bills: Your winnings, sir.

RENAULT: Oh. Thank you very much.

Anyone who remembers this classic exchange from Casablanca will know how we feel about the National Football League’s response to the domestic violence affair involving (now former) Baltimore Ravens linebacker Ray Rice. NFL Commissioner Roger Goodell was shocked, shocked to discover what had happened inside the elevator at Atlantic City’s Revel Hotel and Casino once he viewed the surveillance tape he had never requested that was supplied by TMZ Sports. When other tapes merely showed Rice dragging the inert body of his fiancé (and now wife) Janay Palmer out of the elevator, he had no idea that he had just decked her cold before the doors opened. That was why he initially gave Rice only a two-game suspension rather than the indefinite one he just handed down. Maybe he needs some pointers from one of his own eagle-eyed referees.

With all that has been written about this case, a couple of things occur to us, and they are all pretty straightforward.

END_OF_DOCUMENT_TOKEN_TO_BE_REPLACED

An Idea Whose Time Has Come

By John Douglas and Mark Olshaker On September 4, 2014 · 3 Comments 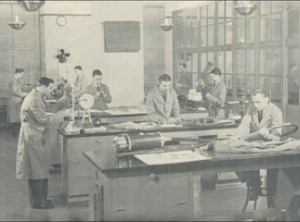 Recently, the Justice Department’s Office of Inspector General issued a 146-page report detailing years of bad forensic work and unreliable results by the much-vaunted FBI Laboratory. Included in the enumeration were three cases that resulted in execution based on FBI Lab-presented evidence. About 60 other death row cases are now in limbo.

“Failures of this nature undermine the integrity of the United States’ system of justice and the public’s confidence in our system,” the report stated. Astoundingly, the Inspector General recommended notifying 2,900 defendants whose cases were reviewed by the investigative task force!

A few days later, a District of Columbia Superior Court judge vacated the conviction of a man who had spent twenty-six years in prison for a murder conviction based on an erroneous analysis of a hair sample by the FBI Lab. The U.S. Attorney’s office has undertaken an extensive review of all local convictions tied to FBI hair matches.

So what can, and should, be done to address this shocking and unacceptable situation?