The Killer's Shadow - The Latest Book is Now Available! Click to Purchase
The Death Penalty: Justice or Murder? Affirmative Action or Confirmative Bias?

Challenging the Constitution in Virginia 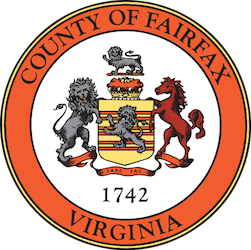 From the state that gave us the slave-owning author of “all men are created equal,” that crafted the concept of “massive resistance” to the 1954 Brown v. Board of Education decision, and lately tried to foist medically meaningless transvaginal ultrasounds on women seeking legal abortions, comes a new assault on both the Constitution and common sense.

In a professed effort to deal with “complaints from residents regarding frequent large gatherings at neighborhood homes [that can] create parking, noise and other concerns for the neighborhood,” Fairfax County, Virginia is attempting to institute a statute decreeing in private homes that “any group assembly exceeding forty-nine (49) people in one day shall not occur more frequently than three (3) times in any forty (40) day period.”

In other words, Pay no attention to that pesky First Amendment.

The First Amendment to the Constitution, arguably the most important and sacred words associated with this republic, states: “Congress shall make no law respecting an establishment of religion, or prohibiting the free exercise thereof; or abridging the freedom of speech, or of the press; or the right of the people peaceably to assemble, and to petition the Government for a redress of grievances.”

And if Congress can’t make such laws, states, counties and municipalities can’t, either.

The county’s explanatory commentary states, “Currently, the Zoning Ordinance does not identify guidelines for the frequency or scale at which group assembly is considered to be a permitted accessory use to a dwelling. Without such specificity, managing and addressing impacts of these large, frequent gatherings becomes problematic, and the County is limited in its ability to respond to neighborhood concerns.”

Oh, come on! The county doth protest too much, methinks.

Now, let’s be plain about this. It probably wasn’t the Fairfax County Administration and Code Compliance staff’s intention to circumvent the Constitution when it recommended this language. And its members probably thought they were dealing with constitutional objections when they said, ‘”Okay, folks, you can assemble more than 50 people, but not more than three times in 40 days,” carefully allowing for successive large gatherings on Thanksgiving, Christmas and New Years, should some family so desire. What they were probably trying to do was cut down on complaints about unruly neighbors and traffic and noise and teen parties.

I get that. But this still begs the question, What right does the government have to tell me who I can have in my house, and how often?

The point is, the First Amendment guarantees the right of the people peaceably to assemble. It doesn’t specify how many or how often. And if annoyed neighbors think those people are disturbing the peace through noise, litter, traffic, rowdy behavior or any other factor, there are already statutes on the books to deal with such occurrences. When my wife and I lived in a “nice” suburban neighborhood in Fairfax County, Virginia, there were a number of occasions when neighbors called the police about disruptive gatherings. Each time, the police came and took care of the problem. And as far as I can tell, they didn’t violate the Constitution once.

This proposed law is not only unconstitutional, it’s unworkable. As our associate Sarah Lessa points out, how are the authorities going to know for sure if you’ve exceeded your three-assembly quota? The only way they could make a charge hold up in court was to prove that this was the fourth time in less than 40 days that you had exceeded the 49-person limit. And the only way to prove that was if they had gone in your house the first three times and counted, which itself is illegal without a duly authorized search warrant, for which no judge in his or her right mind would find probable cause.

So if the ordinances already exist to deal with people non-peaceably assembling, what is really behind this proposed law? Is it about immigrants, illegal aliens, minorities, ethnic groups, unpopular political positions? I don’t know. But whatever the reason, it is an outrageous intrusion on our rights that cannot be tolerated.

To his great credit, Springfield District Supervisor Pat Herrity has already come out against the provision:

“This is yet another instance where we appear to be punishing the many for the actions of the few. I believe this proposal also has the potential to impact many large families that gather on a regular basis, community group meetings and holiday gatherings,” he said in a statement. Further, he expressed concern about a constitutional challenge that the county is interfering with residents’ right to assemble.

One way to look at this is to say, if I know this provision is never going to hold up in practice, why don’t the professional law writers realize it?

Another is to say, You’ve already got ordinances that do what they need to, so keep your filthy hands off my Constitution!

Lawmakers in Virginia have been scrupulous in defending every nuance of the Second Amendment. Now we’ll get to see if they have equal passion in defending the First.