The Killer's Shadow - The Latest Book is Now Available! Click to Purchase
Go Wilson! Would You Take a Chance? 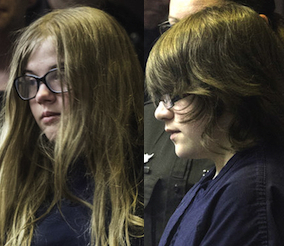 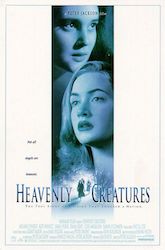 Mass shootings have become so tragically commonplace in our culture that the “What could have been done to prevent this horror?” exercise has become routine. But two pretty 12-year-old girls trying to stab a third girl to death after a sleepover? It’s almost beyond the mind to contemplate.

According to the complaint, Morgan Geyser and Anissa Weier of Waukesha, Wisconsin – their names were released because they are being charged as adults for attempted first-degree murder – took part in a sleepover with a third girl. The next morning, they allegedly lured her into a wooded park for a game of hide and seek, then stabbed her 19 times and left her for dead.

How could this have happened?

The simple answer is that we really don’t know. But the crime is so horrifying in both its facts and implications that we are forced to look for answers.

The motivation, according to reports, was the desire by both alleged perpetrators to impress a fictional, faceless Internet character known as Slenderman, who likes to kill children and apparently requires a murder for a devotee to climb into the upper reaches of his favor. The stab wounds, miraculously, avoided the victim’s heart and arteries and she was able to crawl out of the woods, where she was found by a bicyclist. A police officer said that had the knife struck just one millimeter to the side, she would have been dead.

These are the basic facts, but they bring up more questions than answers.

First, our circle of experts on developmental psychology assures us that by the time girls and boys are twelve, they certainly understand right from wrong and can distinguish fantasy from reality. And while it is true that the prefrontal cortex – the area of the brain that mediates executive functions such as impulse control – is not fully matured until around age 25, this was not an impulsive act. The two girls, allegedly, were planning to kill their friend for months.

By the time they reach school age, kids pretty much understand basic causality. They know that if they violate their curfews or don’t do their homework, they’re going to be punished. And if they understand that, can they not conceive of the punishment for an offense many orders of magnitude greater?

Meg Warren, a psychiatric nurse in London, Ontario, Canada, with whom we frequently consult, points out, “Preteens of that age are often unable to ‘see around corners.’ They can’t predict the consequences of their actions if it’s not something they’ve already experienced. And it is normal for them not to understand how their behavior affects everyone else.”

Meg adds, “Though girls in this age range do know right from wrong, they are easily led.” And this brings up another critical issue: the psychopathology created by the interaction of the two alleged perpetrators. As Nobel laureate Elias Canetti noted in his landmark 1960 book Crowds and Power, any time two or more individuals come together, they form a new collective personality, often a malevolent personality. This is often behind crowd crimes like gang bangs, riots and lootings.

In cases where there are two perpetrators, one tends to be dominant and the other compliant and empowered by the first. This was certainly the case in the 1999 school massacre at Columbine High School in Littleton, Colorado, carried out by the dominant Eric Harris and the compliant Dylan Klebold. But Harris and Klebold were playing an obvious endgame at Columbine. They did not expect to come out of their crime alive. Geyser and Weier obviously did.

When we were young, the message, “Parents, do you know where your children are?” was frequently broadcast on television and radio. But unlike our childhoods, youngsters no longer have to leave the house to get in trouble. What they are doing in their own Internet-connected bedrooms can prove deadly. So the argument in the coming days is sure to shift to Internet and video game influence, just as serial killer Ted Bundy blamed his murderous predation on the influence of pornography.

Yes, pornography fueled Bundy’s homicidal fantasies, but did not create them. It didn’t make him a killer. With him, it went back to free will and choice. And we have to wonder if this is not also the case with Misses Geyser and Weier. Further, we have to wonder why the mythical Slenderman had such a compelling appeal to these girls.

They each made a choice – not an intelligent or empathic choice, but certainly a considered choice – and now they will have to live with the consequences of that choice, whether they saw around that particular corner or not.

We do not yet know much about either girl’s background or home life, though more is likely to come out in the weeks and months ahead. But as Meg Warren states, “If they’ve been planning this for months and then carried it out so up close and personal, something is very wrong. Something in the home life has to be amiss, at least with one of them.”

In our view, what these two qualify as are little sociopaths, incapable of putting themselves in anyone else’s emotional reality, unconcerned with what happens to others and uni-directed toward their own satisfaction and wish fulfillment. Undoubtedly, if convicted, they will remain in custody at least until their 21st birthdays; longer if they are given adult sentences. What happens after that is anybody’s guess.

Can they be rehabilitated? That, again, is anybody’s guess, because, in the concept of our friend and forensic psychologist Stanton E. Samenow, we don’t know if they were ever habilitated in the first place.

The case this one most reminds us of is the Parker-Hulme murder in Christ Church, New Zealand, in 1954. Pauline Parker, 16, and Juliet Hulme, 15, were two schoolgirls with an intense friendship that some said bordered on sexual. When Juliet’s parents separated and her father planned to take her to South Africa, Pauline asked to go along. Her mother refused, so the  girls planned to kill her. On the afternoon of June 22, while strolling with Pauline’s mom in Victoria Park, the girls bludgeoned her to death with a brick wrapped in a sock. They were caught almost immediately.

The incident was made into a fine 1994 film called Heavenly Creatures, directed by Peter Jackson, written by Fran Walsh, and starring Kate Winslet as Juliet and Melanie Lynskey as Pauline.

After conviction, Parker and Hulme were kept in detention until their legal maturity, upon which they were released with new names and the restriction that they never see each other again. In this case, neither one got into serious trouble again and both expressed profound remorse for their crime. Juliet Hulme is now the internationally celebrated crime novelist Anne Perry – a fascinating irony that belongs in a separate discussion.

Are there any lessons, precedents or wisdom from Parker-Hulme to be applied to Geyser-Weier? Can they be “rehabilitated”? How much punishment is necessary or appropriate? How much of their alleged crime is attributable to parents, environment, the Internet, societal permissiveness or mass media? Are they simply inherently evil? Will physical maturity bring on emotional perspective, insight and remorse?

At this point, no answers, only questions – all set against the looming and certain knowledge that from the time we can reason, everything each of us does involves a choice.