The Killer's Shadow - The Latest Book is Now Available! Click to Purchase
Suspending a Sentence . . . and Logic A Choice of Weapons 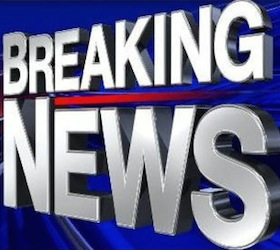 -Napoleon Hill
Throughout the three weeks of the “D.C. Sniper” ordeal in and around the Nation’s Capital in the fall of 2002, I was besieged by requests to go on television and radio and submit to newspaper interviews. I turned them all down. The reason was neither excessive pride nor false modesty. It was simply that I had nothing to say. Worse, even, I was afraid that if I did say something publicly, it could be harmful.
This concern, however, did not stop others from spouting off, with sadly predictable results. And as we can see from recent cases and events, the compulsion to spout off when you have nothing to say has only gotten worse.
When I was considerably younger, we used to have the slogan, “If you’re not part of the solution, you’re part of the problem.” This still applies to many fields, and criminal investigation is one of them.

During the Sniper case, so-called experts publicly opined that the unknown subject, or UNSUB, was a lone white male with military sniping experience and that he was driving a white van, which protected him from being identified. As it turned out, every single one of these details was wrong.

At the time, I didn’t know whether they were right or wrong because I wasn’t part of the investigation and didn’t have any inside information. But I did know one thing for sure from my own investigative experience: Whoever the sniper was, he would be following the media closely and would react to it.

I shuddered when one former FBI agent I knew declared on television that this guy has an exalted opinion of himself and thinks he’s God. The next day, a 13-year-old boy was shot right outside his school in Bowie, Maryland. Nearby, investigators found a tarot card on which was written, “Dear Mr. Policeman – call me God.”

As I write this, the media is obsessed with two stories on which there is actually very little to report: the disappearance of Malaysian Airlines Flight 370, and the recent shooting at Fort Hood in central Texas. These are both important stories and I don’t begrudge CNN and the other networks their coverage. But I am astounded by the time being devoted to actively saying nothing of either news value or insight, and how they are willing to get it just plain wrong.

In the competition for ratings, it is as if many of today’s “news” channels have morphed into “reality” entertainment. There is a rush to be first with the story, to have the best confidential sources, the best “experts,” even if they are only self-proclaimed experts such as the host of pretenders publicly masquerading as profilers. These people are more like fortune tellers, drawing general conclusions based on generalizations about crime and human behavior that make some of their guesses correct without adding an iota of real insight or understanding. And these “theories” can drive the media hype and speculation and even affect the investigation of the case, as I have seen time and time again.

I am embarrassed to see former FBI agents drone on, speculating night after night about the Flight 370 mystery without saying anything. And I was appalled to see another former agent go on about the possibility of a second shooter at Fort Hood when there was no evidence to that effect. He mentioned that SWAT team operators were looking for a second shooter and reporting back to the command post.

This is completely misleading. Operators on the scene have to rule out every contingency – that is standard procedure. But it doesn’t mean they are expecting there to be a second shooter. To suggest otherwise is just cheap conspiracy theory that is completely at odds with the data we’ve collected on mass shootings over the past 20 years. The same thing happened with the reporting of the first Fort Hood mass shooting in 2009.

Flight 370 is a horrific tragedy for all associated with the passengers and crew. But it is the gift that keeps on giving to the media. The problem is that it keeps on giving nothing new, despite the seemingly endless “Breaking News” updates.

Why do we keep seeing this kind of speculation? My guess is that it’s better for ratings. If there is “only” one offender and he is neutralized, the exciting, breaking news part of the story is over. If there may be a second offender still loose, it’s a much better and bigger story – much more “man bites dog” than “dog bites man.”
That is why the nonsense theories on the JonBenet Ramsey murder and the West Memphis Three and Amanda Knox-Raffaele Sollecito trials have such long legs. They are better stories than the truth! And a lot of the “experts” who crave either the notoriety or the paycheck know that if they want to keep being invited back on the air, they’d better deliver something interesting.

I investigated the JonBenet Ramsey and West Memphis Three cases intensively, and Mark and I did the same with the murder of Meredith Kercher in Italy, for which Amanda and Raffaele have been erroneously convicted. But we didn’t speak out about any of them until we knew what we were talking about and could stand behind every statement we made.

But if you haven’t done that, if you have nothing substantive to add, let the investigative agencies do their job and don’t risk the lives of more potential victims by super-hyping the crisis, as happened with the D.C. Sniper.

At the end of the day – or the end of the case – the media and their experts who wrongfully pontificated about the crime and the criminal will have entertained the viewing, reading, or Internet-surfing public. And that public will tend to forget that they either blew it or said nothing of meaning as attention refocuses on the next crisis of the day, week, or month.

It may not be as glamorous, but Mark and I believe that the news media’s role is to convey information that – as the noun suggests – informs and protects the public, rather than merely entertains them.

4 Responses to If You Don’t Have Anything to Say, Then Please Don’t Say It