The Killer's Shadow - The Latest Book is Now Available! Click to Purchase
Guess Who’s Not Coming to Dinner We Can’t Ignore the Monsters

In the Shadow of Slenderman 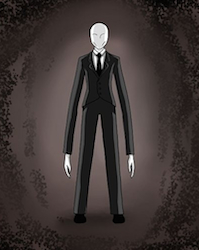 A number of our readers have questioned the ruling that Morgan Geyser – one of the two 12-year-old Wisconsin girls accused of repeatedly stabbing their supposed friend to impress the fictional Internet character Slenderman – is not competent to stand trial. This case seems to engender so many issues: assumptions about friendship, the legal age of responsibility, the line between fantasy and reality, nature versus nurture in child raising, the existence of evil.

So what does this competency ruling mean and how will it affect the disposition of the case?

The ruling could have a major impact on the legal proceedings. One supposition is that Miss Geyser’s attorneys are trying to get the case moved from adult court to juvenile court, where the penalties are softer and the emphasis is more on correction and rehabilitation than on punishment and warehousing. But on a practical level, I’m not sure the ruling will affect the ultimate outcome.

First of all, she will remain in custody. Second,  we have to understand that this is not the same as an insanity defense. All the ruling asserts is that the defendant is not competent to understand the process in which she is involved, nor to aid in her own defense at this time. That could change at any point through therapy, medication or reexamination. It says nothing about her mental state at the time of the attempted murder or whether her intellectual capacity was diminished. One way or another, if evidence proves that Miss Geyser and her alleged accomplice Annisa Weier committed the crime with which they have been charged, they are not going to be free to go back to their old lives.

The two allegedly planned this attack for months. And they allegedly did it to get into the good graces of a cartoon character whom they set out to visit. Taken together, those two apparent facts demonstrate some seriously disordered thinking along with any malice aforethought. And unless the defense theory is that the state has it wrong and these two were not the ones who stabbed the other 12-year-old girl – an extremely unlikely scenario – any attorney is going to have to plead some kind of diminished capacity, even if it is not out and out temporary insanity. This may have no bearing on the verdict, but it could have significant bearing on the sentence.

Still, if found guilty, whether these girls are punished as adults or juveniles, it is going to be a long time before they are not in some kind of custody. And that, with little doubt, is as it should be.

6 Responses to In the Shadow of Slenderman