The Killer's Shadow - The Latest Book is Now Available! Click to Purchase
Other Than That, Mrs. Lincoln . . . Three Men and a Dog 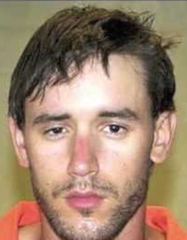 First, let us state that there is absolutely no question that these two monsters did the things with which they were charged. They were apprehended while fleeing the scene when they crashed into two police cruisers. Police had surrounded the house and were preparing for a rescue. Before they could – or did – react, the offenders had raped and assaulted Jennifer, tied the two girls to their beds and set the house on fire in an attempt to destroy evidence. Prior to this, they had forced Jennifer to go to her bank and withdraw money for them. Jennifer was able to whisper a message to the teller and the bank manager immediately alerted the police.

What is the basis for Mr. Komisarjevsky’s plea for a new trial?

According to the Associated Press, “The motion filed by Komisarjevsky’s lawyers said police failed to stop Hayes and Hawke-Petit as they returned to the Petits’ home from the bank.”

“Upon their arrival at the Petit residence, police did not approach the house but instead spent precious minutes setting up perimeters.”

In other words, the police failed to stop the two thugs from committing their unspeakable crimes, and therefore it is the cops’ fault.

The Petit family and others have been critical of the police response, saying officers waited too long and should have stormed the house. This is a complicated and delicate situation. SWAT operations always try to balance the risk of going in right away with the risk of waiting until they feel the hostages are in imminent danger. There is no easy or universally applicable guideline and whatever the Cheshire Police did or did not do is being evaluated on its own.

But that has nothing to do with Komisarjevsky’s stomach-turning claim. It reminds us of so many other cases. In a book we are writing now about the workings of the criminal mind, we review the case of Joseph Kondro, the rapist murderer of young girls, who blamed the authorities for not stopping him, claiming he was acting on impulses that were genetically inherent in his brain.

Minnesota Vikings football player Adrian Peterson and others justify his brutal whipping of his four year-old son because it’s “part of their culture.” That is to say, he didn’t come up with this form of punishment; he just followed the established custom.

Many fans claim to understand Baltimore Ravens player Ray Rice’s knocking out his fiancé and then dragging her from the elevator like a sack of potatoes because she must have provoked him. And anyway, she stayed with him, so it’s all okay, right? After all, beating up your wife is part of some cultures, isn’t it?

One way or another, it’s always someone else’s fault.

Among the fundamental signs of maturity is taking responsibility for one’s own actions. So when, as a society, are we going to grow up?