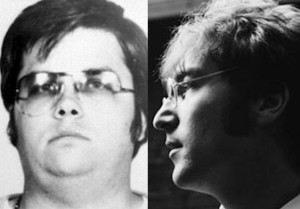 For the eighth time, the Board of Parole of the New York State Department of Corrections and Community Supervision has denied release to Mark David Chapman, 59, who gunned down John Lennon outside his home at the Dakota apartment house in New York on December 8, 1980.

In its decision, the board found “a reasonable probability” that Chapman would again violate the law in a serious way if granted parole and that his release “would be incompatible with the welfare of society and would so deprecate the serious nature of the crime as to undermine respect for the law.”

To which we say, Yes and no, or rather, No and yes.

But do we think they should be released?

And that is where we agree with the parole board. We are happy for him that Mr. Chapman has “found my peace in Jesus. I know him. He loves me. He has forgiven me. He has helped in my life like you wouldn’t believe.”

No, Mr. Chapman, we do  believe. And we are impressed that your wife has stayed with you all these years of incarceration and notoriety. And we are happy that you are now “interested in one thing and that’s ministering to prisoners.” And we are gratified that you spend much of your time fixing wheelchairs at the Wende Correctional Facility in Alden, New York.

But there are certain crimes that are just so heinous, appalling or reprehensible that that there are only two “reasonable” responses available to the state. One is execution and the other is life in prison.  You, Mr. Chapman, Mr. Sirhan, the Manson family members and others should be grateful that you committed your crimes in states that are squeamish about the death penalty.

What you did, Mr. Chapman, was kill a man in cold blood in front of his wife, a man you admitted was “very kind” to you in your encounter with him earlier in the day. You acted with malice aforethought. In your own words, the crime was “very well thought out,” involving “incredible planning, absolutely incredible stalking.” And you robbed the world of a huge resource when you killed John Lennon.

Should people like Chapman be punished more severely for having killed celebrities instead of ordinary people? Yes, but not because they are celebrities. It is that he killed someone he did not personally know, who merely represented something to him, and because he felt that killing this individual (he was willing to substitute Marlon Brando, George C. Scott, Jacqueline Kennedy or Walter Cronkite, among others, if Lennon had been inaccessible) would confer some special power and celebrity on him. In other words, were it not for his celebrity, Lennon would not have been targeted.

And that is why assassination is such a devastating crime: It changes the course of history. It can be argued that 19-year-old Gavrilo Princip’s assassination of Austro-Hungarian Archduke Franz Ferdinand in Sarajevo, Bosnia, on August 28, 1914, altered the entire course of the 20th century and led to the death of countless millions of people.

That is why Sirhan should never be let out. As for the Manson family, we think those crimes speak for themselves. There is never going to be a way to punish its perpetrators sufficiently, so the best we can do as a moral society is deprive them of their liberty for life.

If Mr. Chapman believes Jesus has forgiven him, then we hope that will make the life he has imposed upon himself more bearable. He can settle up with Jesus when he reaches that state to which he personally dispatched John Lennon 34 years ago.

But as far as letting him out? The Board of Parole got that part dead right: It would so deprecate the serious nature of the crime as to undermine respect for the law.

And that is what makes morality definable and civilization workable.

One Response to Mark David Chapman: No Parole