The Killer's Shadow - The Latest Book is Now Available! Click to Purchase
It Can Happen Anywhere If You Don’t Have Anything to Say, Then Please Don’t Say It

Suspending a Sentence . . . and Logic 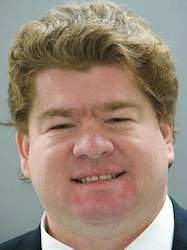 Our correspondent and close friend Meg Warren, a highly accomplished psychiatric nurse in Canada, is properly outraged by a sentence recently handed down by a judge in Delaware. So is my close friend and almost-cousin Emily Bazelon (we share an aunt on opposite sides of the family), a Slate senior editor and Truman Capote Fellow at Yale Law School.

“They can’t be serious!” Meg posted on my Facebook page.

“What is wrong with Delaware Superior Court Judge Jan Jurden?” Emily demanded in her Slate column.

What are both of these highly intelligent and insightful professional women talking about?

The fact that Judge Jurden suspended 48-year-old du Pont heir Robert H. Richards IV’s entire eight-year prison sentence for raping his three-year-old daughter because he “will not fare well” in the slammer.

To which Emily Bazelon responds, “To ask the obvious, so what?”

Now, I have to tell you that by and large, Emily is much more lenient, reasonable and forgiving than I am. She is against the death penalty and factors in all sorts of sociological elements and procedural details that I tend to minimize if the crime in question is egregious. But we are in total agreement on this one. So What?

And since when is the offender’s welfare supposed to take precedence over the victim’s, or potential future victims’?

The conviction was handed down in 2009, but is only coming to light now because Richards’ ex-wife Tracy is suing him for damages for abusing their daughter from the time she was three until she was five. The office of state Attorney General Beau Biden initially charged Richards with two counts of second-degree rape, which carries a minimum 20-year sentence for conviction. Prosecutor Renee Hrivnak agreed to a plea-down to fourth degree rape to assure that Richards was convicted as a child sex offender. She was concerned that the case was iffy because there were no witnesses other than the little girl herself, who told her grandmother Donna Burg that, “I don’t want my daddy touching me anymore.” Burg took the child into the bathroom and asked her to show her where he had touched her. She told her grandma that, “Daddy said it was our little secret.”

The child subsequently gave consistent and detailed accounts to police and child abuse specialists at the Children’s Advocacy Center at the Alfred I. du Pont (ironic, huh?) Hospital for Children. And when Tracy confronted Robert with this crime, he claimed he had digitally penetrated the girl by accident and “would never do it again.”

I have no problem with prosecutor Hrivnak’s motivation in taking a plea deal in an accused’s word vs. child victim’s case. But I do have a problem with her recommending probation, which even Chief Deputy Attorney General Ian R. McConnel regretted. “It would have been my hope that she would have asked for open sentencing,” he told Delaware Online. Biden defended how the case was handled.

Personally, I agree with Ms.’s Warren and Bazelon – this resolution stinks.

Does the fact that the trust fund-supported defendant comes from the most important family in the history of the state have anything to do with his suspended sentence? I don’t know, but it doesn’t look very good.

Emily points out in her column that there is an alarming trend among some judges to hand out lenient sentences to so-called non-violent rapists and sex offenders, and even imply that the victim was somehow complicit or enabling in the crime against her.

And Meg knows from professional experience that sexual predators and child molesters are seldom one-offs; whatever made them do what they did does not leave them. Rather, it deepens and progresses. They will continue to pose a danger to those close to them and/or their victims of preference in the general public.

Did Judge Jurden honestly believe that a man who repeatedly molested his own three-year-old little girl is safe? What psychiatric or law enforcement research would lead her to this conclusion?

He “will not fare well” in prison? Is it because he’s from a wealthy family and can’t get along without being pampered and catered to? Because he’s a child molester and even violent convicts hate child molesters? Because he’s been raised to think he can do whatever he wants? Since when is that an excuse for not sending someone to prison?

Ted Bundy didn’t “fare well” in prison. He was executed for murder in the death house at the Florida State Prison at Raiford. Jeffrey Dahmer was beaten to death by a fellow prisoner in the Columbia Correctional Institution in Portage, Wisconsin. There are certain risks in going to prison. If you can’t do the time, don’t do the crime.

In her sentencing, Judge Jurden noted that Richards had “significant treatment needs which must be met.” Funny how often poor people need punishment and rich people need treatment.

Did he know what he was doing? Did he understand the difference between right and wrong? Unless you can answer “No” to either of those questions, I say punish him first and treat him later, on his own dime.

Let’s get this straight. There are three rationales for prison: punishment, rehabilitation and warehousing. And their relative emphasis shifts with the times and society’s priorities. Whichever logic you want to employ in this case, the sentencing results should be the same. A man who repeatedly rapes his own child certainly merits punishment. If the prison experience can rehabilitate him (which I sincerely doubt), fine. If not, he needs to be warehoused where he can do no harm to the innocent.

7 Responses to Suspending a Sentence . . . and Logic