The Killer's Shadow - The Latest Book is Now Available! Click to Purchase
Maybe the Framers Were Even Cleverer Than We Thought This Time in San Bernadino 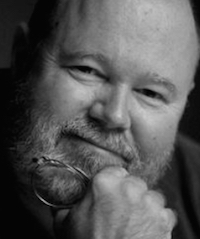 My friend Stephen Hunter is the Pulitzer Prize-winning former film critic for The Washington Post and bestselling author of the Bob Lee Swagger action thriller novels. Several months ago, he sent me a copy of his latest novel, a stand-alone entitled, I Ripper. He knew that John Douglas and I had written extensively about the Jack the Ripper Whitechapel murders of 1888 and were convinced we knew who the real killer was, and wanted to know what I thought.

Well, what makes Steve such a formidable novelist is that every time I said to myself, Wait a minute, that doesn’t make any sense! or, The real killer wouldn’t have been able to do anything like that! he outfoxed me, and I would end up thinking, Okay, I see where he’s going with this.

So I can highly and heartily recommend I, Ripper, published by my old friends at Simon & Schuster for anyone interested in a grippingly exciting, meticulously researched tale told by a pair of unusual narrators whose identities and raisons d’etre make for a walloping surprise of an ending.

I, Ripper was the product of Steve’s longtime interest in the Whitechapel murders and at dinner a few weeks ago with our mutual friend, novelist James Six Days of the Condor Grady, we discussed our theories on Jack’s actual identity. Steve, Jim and I exchanged many salient details, such as my explanation of why I was certain that after the savage fifth murder, Scotland Yard knew who the killer was and that he was no longer a threat. Steve had done an extensive analysis of the physical attributes Jack would have needed and we all agreed that the famous “Dear Boss” letter to the Central News Agency that gave the killer his memorable name was a fake. What we do not agree on is Jack’s identity, though as I’ve suggested, we’re both pretty sure we’re right.

And here’s the exciting part. Steve has created a website, www.hunteronripper.com, which he is billing as “A Casual Inquiry Into the Theory, Practice – and Identity – of the Ripper. His opening article, “Jack Be Nimble, Jack Be Quick,” is a fascinating dissertation on the subject which will serve as background for veteran Ripperologists as well as novices in the field. In the coming months, I expect to be contributing to the site, attempting to bring Steve and his readers around to my theory of the case. And I wouldn’t be surprised to see the cunning and diabolical Mr. Grady’s byline there, either.

In The Cases That Haunt Us, John and I stated that the Jack the Ripper murders were ground zero for the study and understanding of serial killers. For those who want to continue that study, hunteronripper.com promises to be a high-level and evidence-based forum, from a truly talented writer who really knows his stuff.