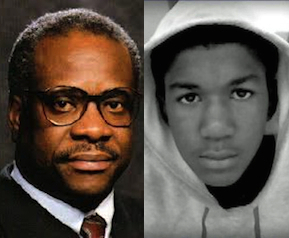 Every reasonable and compassionate person must be affected by the August 9 fatal shooting of Michael Brown in the St. Louis suburb of Ferguson, Missouri, and its violent, contentious aftermath. What is not in dispute is that the African American Mr. Brown, 18 and unarmed, was killed by white police officer Darren Wilson, 28, after Officer Wilson directed Brown and his 22-year-old friend Dorian Johnson not to walk in the street.

Everything else is in dispute. And that has launched a phenomenon that I have seen many times before, and it is as predictable as it is disturbing.

We have written often in this column about confirmation bias. With regard to the events in Ferguson, we’re seeing another variation.

Anyone old enough to remember the 1991 confirmation hearings for U. S. Supreme Court Justice Clarence Thomas will recall the two profoundly different narratives as to whether Mr. Thomas, when he was at the Department of Education and the Equal Employment Opportunity Commission, had sexually harassed a female employee by the name of Anita Hill, by the time of the hearings a professor at the University of Oklahoma College of Law. There was some pretty compelling testimony on both sides, as well as a fair measure of ambiguity as to the facts. But what bothered me was that of the people I knew and/or surveyed, every political conservative believed Mr. Thomas was being set up, and every political liberal was convinced he was a sexual monster.

What this said to me was that no one was bothering to examine the evidence; they were merely using it to confirm their already held biases. Now, the fact is that sexual harassment is an equal opportunity field for the right and the left, so it hardly follows that just because Clarence Thomas was a rock-ribbed conservative, he either was or was not a sexual harrasser. But by that point, facts hardly mattered.

When Trayvon Martin was fatally shot by George Zimmerman in Sanford, Florida, in 2012, I saw a similar closing of the ranks. The liberals all felt that this had been a flagrant murder of an African American teen because he wore a hoodie and looked “suspicious,” while the conservatives and law & order types felt that Mr. Martin was not such a clean cut All-American Boy and had provoked Mr. Zimmerman into shooting him in self-defense. Each side used the same basic set of facts to defend its position without a careful analysis of what really happened.

And now we have the same thing with Mr. Brown’s tragic death. One side is claiming that the shooting was unprovoked and merely reaffirms that all young black urban males are fair game for a rapacious and militaristic police culture, while the other side claims that Brown was an aggressive, confrontational and threatening character, as shown by the surveillance recording of the convenience store he had just robbed. Did he bum rush Officer Wilson as he was getting out of his police cruiser, or did he have his hands up in surrender when Wilson wantonly pumped six bullets into him?

Note that I have not offered a personal opinion on any of these cases, because for the sake of this discussion, my views are irrelevant. I merely point out that in each of these three instances – and many, many more I could cite – conclusions were formed by what each individual already thought, and how he or she viewed the world and society.

Admittedly, these issues are too important not to have an opinion about. But wouldn’t the public dialogue be a lot more rational, sane and productive if we each tried to examine the facts before forming an opinion? That is the definition of being open-minded, and it is a characteristic I fear we have largely lost.

One Response to Confirmation Bias Redux