The Killer's Shadow - The Latest Book is Now Available! Click to Purchase
Anyone Care About Evidence? Pandering to Existing Beliefs 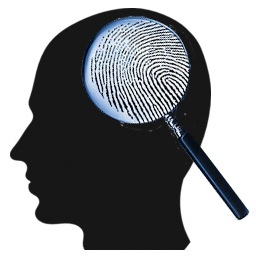 As announced by United States Attorney General Eric Holder, the Justice Department is taking another step away from what it deems “racial profiling.” If followed to the letter of the directive, this is not a bad thing, and well in keeping with the principles of equal justice that this nation stands for.

But let’s be careful not to throw out the proverbial baby with the bathwater.

The new directives expand the definition of profiling from simply race to other factors, such as religion. What this is meant to do is prevent wholesale roundups of Hispanics in immigration investigations, Muslims in terrorist operations, and African Americans in urban crime, among others. And this is as it should be.

But if the guidelines are interpreted to suggest that investigators should ignore distinguishing characteristics like race, religion and even sex, well, that’s just silly and counterproductive. The fact is that most of the immigration issues today do involve people of Hispanic background. Most of the terrorism today does involve Muslims. And most of the urban crime does involve African Americans. And in all three cases, we are talking about males, not females, which brings up another class of profiling. Ignoring these factors would be like investigating a lynching in the South in the 1920’s (which, to our everlasting shame, was seldom done) and not focussing on a suspect population of white racists.

There is still some lack of clarity on whether the Justice Department is calling for the continuation of exceptions to its anti-profiling orders in cases of national security. “These exceptions are a license to profile American Muslims and Hispanic- Americans,” Illinois Senator Richard Durbin told The New York Times in 2012.

Nonsense. They are common sense in any rational police investigation. Short of an eyewitness account, do we tell our detectives to look for every man and woman who possibly could have had the means and opportunity to commit the crime, without regard to race, sex, age, national origin, affinity group or any other identifier?

Of course not. And the reason for that is because means and opportunity are only two of the three suspect qualifiers. The other is motive.

Political correctness notwithstanding, we know from experience and extensive data collection and analysis that certain types of people have more reason and likelihood to commit a particular crime than others do. We call that profiling, whether it is racial, sex or age-based, or concerns ethnicity, culture, geography or anything else.

And it works. It helps solve crimes and keep us all safer.

6 Responses to Profiling Do’s and Don’t’s