The Killer's Shadow - The Latest Book is Now Available! Click to Purchase
The Othello Murder Case What Is It This Time? 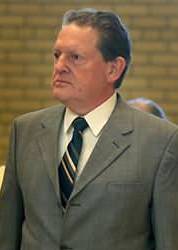 In Minnesota, a 65-year-old man named Byron Smith, of Little Falls, is currently on trial for first-degree murder. The charge: he killed Haile Kifer, 18, and her 17-year-old friend Nick Brady on Thanksgiving Day 2012, after they broke into his home.

Our friend and correspondent Starlette McDaniel asked us on Facebook: “Do you have any opinions on this case?”

Yes, we do, and they’re decidedly mixed.

Starlette McDaniel offered her own sensitive and insightful opinion on Facebook:

“I find it truly sad, and he should be charged with murder. Oh this is so sad! I don’t know how I feel about this. I would shoot someone who broke into my home, because I would automatically feel threatened. But to shoot two unarmed teens and THEN shoot them again as they are lying helpless on the floor just to make sure they are dead… I couldn’t have done that. He went beyond his legal rights. And then he didn’t even call the police afterward.”

As a general rule, American law does not permit deadly force in defense of property. There has to be some perceived risk of bodily harm. Minnesota, however, has a more specific statute on the books that allows deadly force to prevent a felony. And personally, we find the general rule somewhat fuzzy and unsatisfactory. If someone breaks into your home, we think it is reasonable to presume that the intruder is prepared to inflict bodily harm or worse in pursuit of the crime. Break-ins in which home residents are present usually take place at night, and it is often difficult, if not impossible, to know in the brief seconds you have to evaluate whether or not you and your family are  in physical danger.

Therefore, we don’t think there are many situations in which we would fault a homeowner for shooting an intruder.

In this particular case, evidence has been presented that Mr. Smith, a retired security engineer for the U.S. Department of State, was already fearful of a home break-in, reputedly because of past incidents. He waited patiently in his basement, armed with two firearms and supplied with energy  bars and water bottles, for a burglary to occur.

Apparently, Smith had set up surveillance audio and video. The audio recorded the sound of breaking glass, followed by heavy breathing and footsteps. As Nick Brady came down the basement stairs, Smith allegedly shot him, then shot him twice more. When Haile Kifer came down to look for him, he allegedly shot her, then shot her again. Then Smith said, “I’m safe now.” For several hours after the killings, he can be heard muttering to himself and at one point saying, “I don’t see them as human. I see them as vermin.”

Neither teen was armed.

Instead of calling the police right away, Smith waited until the next day, then asked a neighbor to make the call.

Given all of this, it does seem that the shootings were at least somewhat less than spontaneous reactions to an unexpected threat. The fact that he allegedly shot each intruder more than once also doesn’t look very good, nor does the fact that he didn’t call the police and tell them what had just happened.

Simply stated, two teens perpetrated a high risk crime. Burglars are criminals and age is no factor. The homeowner did not feel safe. The burglars didn’t do their homework and picked the wrong house and the wrong victim, whose state of mind was perhaps paranoid, but during the court proceedings his attorney will, in all probability, tell the jurors why his client felt fearful for his life.

From the defendant’s point of view, this is a case where, as the saying goes, “I’d rather be judged by twelve than carried by six.”

The verdict is likely to be Not Guilty of first-degree murder, perhaps some lesser charge, or a hung jury. It is also possible in light of what is heard on the recordings, that Mr. Smith was not, as Shakespeare’s King Lear put it, “in his perfect mind.” That also will be something for the jury to decide.

We agree with Starlette that this case is truly sad – for everyone. We wish those two teens were still alive and that Mr. Smith did not have to stand trial. But we also know that none of this would have happened if two teens had not broken into this house. And we feel that anyone who does decide to break into a house should know the risks he or she is taking, including the possibility of being killed. If they knew these risks and did it anyway, then the responsibility lies with them. If they didn’t, then they were stupid.

And sometimes, stupidity can be deadly.

10 Responses to Reasonable Response or Murder?