The Killer's Shadow - The Latest Book is Now Available! Click to Purchase
He Overcame Statement on the Verdict in the Knox-Sollecito Retrial

“The Forgotten Killer: Rudy Guede and the Murder of Meredith Kercher” 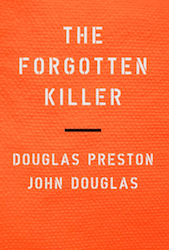 Our new e-book, written with Douglas Preston, Steve Moore, Judge Michael Heavey, Tom Wright and Jim Lovering, is now available at Amazon.com. All receipts are being donated to the Amanda Knox and Raffaele Sollecito defense funds.

DESCRIPTION: “Amidst all the sound and fury surrounding the Italian murder trial of American student Amanda Knox, two people have been largely forgotten. One is the victim, Meredith Kercher, who was by all accounts a lovely, intelligent young woman full of great promise. Her murder was a terrible tragedy. The other is Rudy Guede—the actual murderer.

This book shows that the evidence against Guede was overwhelming from the beginning. That he committed the crime alone, without help, is also beyond question. Guede was convicted in a fast-track trial and sentenced to 16 years in prison. But with time off for good behavior, he may be able to gain daytime release privileges as early as this year. Meanwhile, the endless judicial persecution of Amanda and her Italian friend and co-defendant, Raffaele Sollecito, continues unabated. Many people I speak to are still uncertain what to believe. They wonder if, perhaps, Amanda and Raffaele might have had something to do with the murder. Some people find it hard to accept that two completely innocent people could linger for so long under a cloud of suspicion, or that the criminal-justice system of a civilized European country could manufacture guilt out of thin air. Others have been influenced by the online industrial complex of Amanda-haters and conspiracy mongers, who have spread their falsehoods everywhere on the web. Many have made up their minds, but there are others who genuinely want to know the truth. “The Forgotten Killer”, prepared by some of the country’s leading experts in criminology, forensic science, crime scene analysis, and legal procedure, at long last presents the truth…” – Douglas Preston in Chapter One of “The Forgotten Killer: Rudy Guede and the Murder of Meredith Kercher”.

AUTHORS: DOUGLAS PRESTON is a journalist and author who has published 25 books, nonfiction and fiction, several of which have been #1 New York Times bestsellers. JOHN DOUGLAS, who served as special agent for the FBI for twenty-five years, is the Bureau’s pioneer of behavioral profiling and modern criminal investigative analysis. He authored the landmark study of incarcerated serial offenders that ultimately led to the FBI’s operational profiling program. MARK OLSHAKER is an Emmy Award-winning filmmaker and New York Times bestselling nonfiction author who has worked closely with many of the nation’s leading experts in law enforcement and criminal justice. STEVE MOORE retired from the FBI following a 25-year career as a Special Agent and Supervisory Special Agent. During his tenure, he ran Al Qaeda investigations for the Joint Terrorism Task Force in Los Angeles, and later headed the investigation of terror attacks against the US throughout Pakistan and Asia. Steve has received multiple awards from the US Department of Justice for his successful US and overseas investigations, which ran the gamut from bombings to school shootings, anthrax threats to kidnappings and murders to international terrorist organizations. JUDGE MICHAEL HEAVEY is a distinguished former lawmaker and jurist who has become a champion for the rights of those wrongfully convicted. He is the founder of “Judges for Justice”, a non-profit organization committed to providing independent, impartial, and experienced judicial analysis of cases of alleged innocence… JIM LOVERING is a retired businessman with an interest in criminal justice and wrongful convictions who, along with other experts, developed a definitive archive of accurate information about the murder of Meredith Kercher. THOMAS LEE WRIGHT is a writer and filmmaker whose documentaries on social justice issues have shown on television and around the world. During the time of Amanda Knox’s incarceration, he co-founded FriendsofAmanda.org to make up-to-date facts on her case available to the media and the general public.

7 Responses to “The Forgotten Killer: Rudy Guede and the Murder of Meredith Kercher”