The Killer's Shadow - The Latest Book is Now Available! Click to Purchase
Pandering to Existing Beliefs The Trade-Off

The Ghosts of the Past 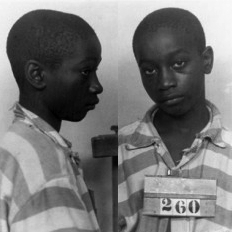 In 1944, George J. Stinney, Jr. died in the South Carolina electric chair for the brutal murder of two girls, seven-year-old Mary Emma Thames and 11-year-old Betty June Binnicker, as they were picking wildflowers near their home in Alcolu, about 50 miles southeast of Columbia. He confessed to the crime.

Now, almost 70 years later, Stinney’s family wants his name cleared, either through a new trial or through a complete pardon. The district attorney and the nieces of one of the victims oppose any reopening of the case, claiming there is no evidence that justice was not served.

Is it likely that a definitive conclusion could be reached this many years after the fact? Doubtful.

Should the case be reopened? You bet it should!

Here are the facts that can be established:

George Stinney was 14-years-old at the time, five-feet-one and 95 pounds. He is the youngest person executed in the United States in the 20th century.

George was black. The two girls were white.

Neither victim was sexually penetrated.

No reasonable motive was presented at the trial.

George joined in the hunt for the two girls, whom he admitted talking to. He and his sister passed by, the girls asked him where they could find maypops – an indigenous flower – they said they didn’t know, and kept on walking.

His confession was testified to by the police officer who interrogated him. Neither his parents nor a lawyer was present. He later denied the confession. All documentation related to the confession has been lost.

The murder trial lasted less than three hours. The all-white jury deliberated for ten minutes before returning a guilty verdict. The crime took place in March. The execution was in June.

Third Circuit Solicitor Chip Finney, the state official who opposes reconsideration of the case, told a local television station, “The fact of the matter is, it happened, and it occurred because of a legal system of justice that was in place and that, we – for all we know, based on the record – that it worked properly.”

What about the murder of Emmett Till eleven years later in Money, Mississippi eleven years later? Did the all-white jury’s quick verdict of not guilty represent justice working properly when Till’s killers – protected by double jeopardy rules – proudly admitted to the crime in Look Magazine?

First of all, the whole idea of executing a 14-year-old, even if guilty, is repulsive to everything we stand for as a society, and I happen to support the death penalty. Would the good people of South Carolina have considered executing a white boy of that age?

Which gets us to the meat of the issue. To suggest that African Americans received equal or even adequate justice during the long nightmare of the Jim Crow South is both naive and morally obtuse. Does Mr. Finney think that an all-white jury’s ten-minute deliberation after a three-hour trial could possibly represent a legal system that, “worked properly?”

Betty Binnicker’s niece Carolyn Geddings dismissed the idea of revisiting the case with, “I was always told George Stinney killed her.”

That sure sounds like evidence to me. No wonder she doesn’t think the case needs reopening.

She went on to tell the television station, “I don’t think somebody that was found guilty of a murder like he committed should be exonerated for any reason. And with him being gone as long as he’s been gone, I think it’s foolishness.”

If you don’t think there is value is confronting the ghosts of past injustice, racism and hatred, then it is foolish. If you don’t think that coming to terms with slavery and the horrors that followed it is a worthwhile and necessary process, then it is foolish. And certainly we aren’t going to bring George Stinney back to life, any more than we are going to resurrect Emmett Till, Mack Charles Parker, Herbert Lee, Medgar Evers, Addie Mae Collins, Denise McNair, Carole Robertson and Cynthia Wesley, Virgil Lamar Ware, Johnnie Mae Chappell, James Chaney, Andrew Goodman and Michael Schwerner, Jimmie Lee Jackson, and so many others.

But studying, revisiting, and teaching the current generation about a time and place in which equal justice was an empty myth to a certain significant portion of the population, in which the leadership systematically mocked and violated the sacred promises of the Constitution and much of the populace went along with it, well, that is not only far from foolish, it is a moral imperative.

Even if we can’t say for certain exactly what happened that horrible day in March so long ago.

6 Responses to The Ghosts of the Past