The Killer's Shadow - The Latest Book is Now Available! Click to Purchase
An Encouraging Step Forward Sowing and Reaping

The Passion of Michael Morton 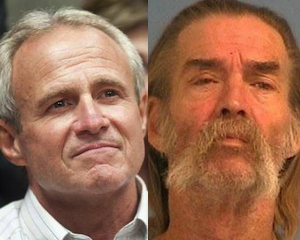 About two weeks ago, we described the historic conviction of Texas Judge Ken Anderson for criminal contempt for deliberately withholding exculpatory evidence in the murder conviction of Michael Morton when Anderson was a prosecutor. In light of the historic report by the International Association of Chiefs of Police, National Summit on Wrongful Convictions: Building a Systemic Approach to Prevent Wrongful Convictions, that we wrote about yesterday, we think it’s important to present the other side of the story:

We say, “second victim” because any time there is a wrongful conviction, the number of victims grows quickly and exponentially.

On August 12, 1986, Christine Morton was brutally bludgeoned to death in her home in Williamson County, Texas, on the outskirts of Austin. It was the day after her husband Michael’s 32nd birthday. And although they were a loving couple with a three-year-old son, Michael was charged with the murder. The prosecutor, Ken Anderson, came up with a theory of the case based on perverse sexual rage and Christine’s unwillingness to play along on his birthday. The jury bought it.

For those who have followed the West Memphis Three and Amanda Knox cases, does it sound familiar?

It will sound even more familiar when we say that there was no evidence linking Michael to the murder. But Christine was dead and there just weren’t any other suspects.

And here is the truly despicable part: Three-year-old Eric was home at the time and witnessed the attack. He told investigators that daddy was not there and described another man who did it. Neighbors described a man parking a green van behind the Mortons’ house and disappearing into the woods. A blood-stained bandana was recovered outside.

Anderson did not introduce any of this as evidence!

As a result, Michael spent 25 years in prison. Eric was adopted by relatives and changed his name to theirs. He only got to see his father twice a year for a while and then not at all after that. Everything Michael cherished in life had been taken away from him: his beloved wife, his son, his work and his freedom. And on top of all that, he was seen as a murderer; a murderer of the woman he most cherished.

A few years ago, a group of attorneys working pro bono took on the case and after intense procedural wrangling, finally managed to get the bandana tested for DNA. There was evidence of Christine’s blood and hair, as they expected, and no trace of Michael’s. But there was another DNA signature on the bandana, and that matched exemplars on file of a convicted felon named Mark Norwood.

Michael was freed in October 2011. He had been 32 when he went into prison. He was 57 when he was released. Eric was a grown man. This has unfolded as a searing modern passion play.

Michael told CNN, “Innocent people think that if you just tell the truth then you’ve got nothing to fear from the police. If you stick to it that the system will work, it’ll all come to light, everything will be fine. There was no scientific evidence, there was no eyewitness, there was no murder weapon, there was no believable motive. I didn’t see how any rational, thinking person would say that’s enough for a guilty verdict.”

A quarter of a century later, Michael knows better.

John and Patricia Ramsey were publicly castigated for “lawyering up” after the murder of their six-year-old daughter JonBenet in Boulder, Colorado on Christmas Day, 1996. When we were writing Law & Disorder John commented to us, “We were perfectly willing to talk and didn’t understand exactly why our lawyers didn’t want us to. Looking back on it, from what I learned, I would tell anyone wrongly accused of murder to make sure he has the best lawyer he can get.”

The insistence that the Ramseys secure legal representation actually came from their friend Michael Bynum, himself an attorney and a former prosecutor in the Boulder County District Attorney’s Office. John told us he said to Bynum that they were innocent and so didn’t need lawyers. Bynum replied that the prisons were full of innocent people who didn’t need lawyers.

And this is what always gets us: When he pleaded no contest, Anderson acknowledged Michael Morton’s “pain” and offered, “I apologize that the system screwed up. I’ve beaten myself up on what I could have done different [sic] and I don’t know.”

The system screwed up, Mr. Anderson? The system? And you don’t know what you could have done different? How about not bringing the case to trial because you knew there was overwhelming exculpatory evidence? And yeah, the system screwed up by allowing someone like you to operate without any restraint.

Time and again when a case is turned around, we hear the prosecutor or incompetent judge say something like, “Well, we presented it all to the jury and they are the trier of fact, so don’t blame me.”

Yes, the jury is the trier of fact, but they can only try to facts presented.

At the sentencing, during which Anderson got ten days in jail (he ended up serving five for “good behavior”), a $500 fine, 500 hours of community service and surrender of his law license, Michael asked the judge to “do what needs to be done, but at the same time to be gentle with Judge Anderson.”

Somehow, 25 years in prison and the destruction of his life had conferred upon Michael a grace that we have trouble even imagining. Finally, he is free, Christine can rest in peace in heaven, and Ken Anderson is only beginning to inhabit his own private hell.

3 Responses to The Passion of Michael Morton