The Killer's Shadow - The Latest Book is Now Available! Click to Purchase
Hellish Creatures? The Mystery of Evil

Would You Take a Chance? 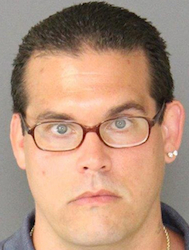 This past Monday, Cory Roberts, 37, was released from a detention center for sexually violent predators in Seattle, Washington, and placed in a halfway house in Tacoma. As a 13-year-old in 1990, Roberts raped and beat a three-year-old girl he was babysitting, leaving her near death, brain damaged and partially paralyzed. He was freed from incarceration in 2001, but within weeks, he had committed another sexually predatory crime, this time on a three-year-old boy. He was convicted and re-incarcerated.

Now, psychologists who examined him have determined that Mr. Roberts is no longer dangerous, no longer sexually attracted to young children, and that he does not have the “mental abnormality” necessary to keep him locked up.

What is wrong with this picture?

From long experience, our view of prison psychiatric reports is one of skepticism. Some of these psychiatrists and psychologists are very good and perceptive. But too many of them rely on self-reporting by the inmate rather than careful analysis of the prior behavior and dynamics of the crime itself. Moreover, in the highly structured prison environment, a lot of these guys do well and don’t cause any trouble. However, experience has shown time and again that this is no guarantee, or even necessarily an indicator, of how they will do in the outside world.

The little girl Roberts attacked is now a 27-year-old woman. According to her mother, she has the mental capacity of a ten-year-old, is blind in one eye and uses a wheelchair. That mom is extremely worried that a free Cory Roberts will hurt someone else. So are we.

In addition to the brutal sexual attacks on the two three-year-olds, Roberts repeatedly assaulted two of his male roommates in the juvenile detention facility to which he was assigned.

So here’s the bottom line: The only reliable predictor of future behavior is past behavior. And if you release a hundred Cory Roberts types on parole, what is your acceptable failure rate?

In other words, how many little girls and boys are you willing to sacrifice if any of these guys actually still are attracted to young children and still possess a predatory mindset and drive? Is a ten percent failure rate acceptable? How about a five per cent failure rate? Three percent? One?

Men do not grow out of sexual predation once it is lodged in their feverish brains. Or if some do, not enough to take a chance on what they will do.

And if a free Cory Roberts does reoffend, who will be responsible this time? It’s not a chance we would take on a bet.

5 Responses to Would You Take a Chance?